Here at Chiropractor Bramhall, we have an intricate understanding of how the human body works. This allows us to see where movement patterns have broken down and caused pain. Patients often come in initially for pain relief, but Chiropractic offers so much more.

With the understanding that the body has the ability to self-heal, chiropractors administer treatment to assist in the body’s natural healing process.

Jordan was inspired to become a Chiropractor because the concept of improving health without the use of medications and surgery really resonated. After failed surgery on a sports injury and a long-term low back problem, it was chiropractic and rehabilitation that got him back on his feet.

Originally from Macclesfield, Cheshire, Jordan graduated from the Anglo- European College of Chiropractic in Bournemouth. A five years master’s degree in Chiropractic followed the completion of a three year Sports Injury Bachelors Honours Degree in London. During this time his research into sports injuries was published in a peer-reviewed journal.

Jordan is registered as a health-care provider for most insurance companies including BUPA, AXA PPP, Cigna, Prudential, Aviva and Simply Health 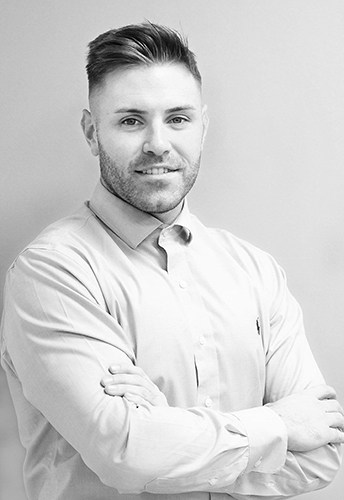 At Chiropractor Bramhall we tap into the body’s natural healing powers to treat a wide range of aches and pains.

What Our Customers Say

After meeting Dr Gregory at a free consultation there was no pressure to go any further  and I was provided a clear and understandable explanation. Needless to say I wanted the pain gone in my low back. No.1 Chiropractor

I was extremely worried I would have to take my clothes off when I went in for treatment. Not only was I constantly comfortable but no clothes were needed to be taken off. It was a super relaxed experience all the way through. Highly recommended.

I wasn’t in much pain when I went in but knew something wasn’t quite right. Jordan soon spotted a few problems. I feel better than ever and my regular headaches have decreased.